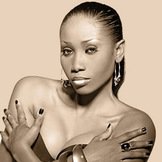 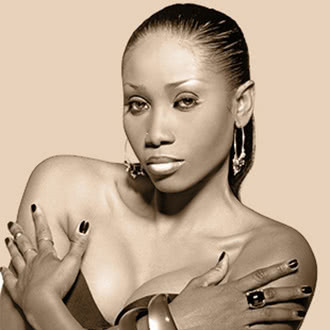 Growing up in Alabama/USA with the songs of the great Jazz and Blues Singers, Dorothea Fletcher decided already as a child to dedicate her life to music. After numerous shows in clubs she celebrated her first successes in Las Vegas, where she performed with soul stars like The Platters, Bobby Womack and Millie Jackson, and sang in the Shows "Legends in Concert" and "American Superstars". Finally, she wanted to go to Europe and also become famous there. Since 1997 she belongs to the cast of the famous international Double-Show "Stars in Concert" in the Estrel in Berlin.

One of the highlights in her career was the duet she performed with Jermaine Jackson (Jackson Five). In 1999 she was the leading part in "Elements" as well as in "Jingle Bells" in the Friedrichstadtpalast in Berlin. In addition to her shows in "Stars in Concert" Fletcher performed from 2004 till 2014 with Udo Jürgens, who engaged this exceptional artist as a singer for his shows and tours. She still sang with him on his last tour before his death in 2014 the two songs “I Can, I Will" and "Ich war noch niemals in New York". Fletcher became also famous after her performances with the “Big Band-Orchestra” of Pepe Lienhard and in TV-Shows like "Let's Dance" (RTL).
Further TV-Shows as "Wetten, dass...?" and also in the NDR, MDR, RBB, 3Sat and ARD followed. She was also guest star at the "42nd & 50th Montreux Jazz Festival" and sang with Quincey Jones, Chaka Khan, Patti Austen, Al Jarreau, Simply Red and many more. 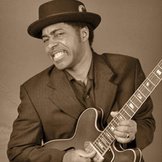 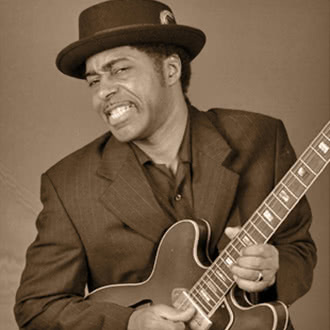 Vasti Jackson is an elemental force in the world of music as professional musician for more than 43 years!
He is a perfect performer, songwriter, arranger and producer. From his early beginnings as a musician in churches and dancing bars in McComb, Mississippi, he played on festivals, in concerts and theatres all over the world. Vasti Jackson moves between Blues, Soul, Jazz, Funk, Gospel and Pop without any effort. 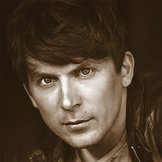 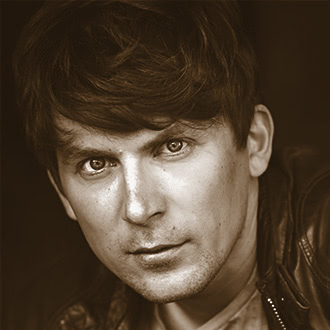 Marten Krebs is a passionate actor, moderator and entertainer. He studied drama, singing, tap dancing and ballet in Berlin, but his roots are in Altmark in Saxony-Anhalt. He delivered brilliant performances on stages, acted in the movie „Am Fluss“ and was also shooting with Barbara Schöneberger.
When Marten Krebs enters the stage stairway, the elegance of the great entertainers is becoming alive and the famous actrice Gisela May characterized him as „Reincarnation of former entertainers“. May was his artistic foster mother and he dedicated to her a solo program with anecdotes of their long lasting friendship, poems and songs. „The entertainer is laughing because you enjoy it. He is singing and dancing only for you and at worst all of you are singing with him.” 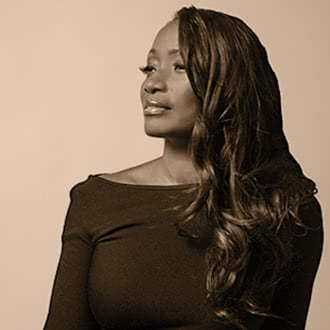 as Jesse Smith "The Ikettes"

Already as a child the US-American discovered her passion for music and made her experiences very early in various gospel choirs and the live music club of her parents in Houston/Texas. From passion to vocation: Before she started her own career, she worked with stars like Stevie Wonder, Marla Glenn, Joshua Kadison and was on world tour with Whitney Houston for four years. In Michael Jackson's musical "Sisterella" Miles gave also a brilliant performance in the star role of "Ella". She lives in Berlin and came to the notice of Marius Müller-Westernhagen when he visited one of her concerts. He engaged her for his tours and produced her new album "Simple Days" - after her debut album "Follow Me (The D-Tour)" again a proof of her outstanding quality as musician and songwriter. She enthuses her fans with music composed by herself, partly pop music, partly ballads but also rock songs. 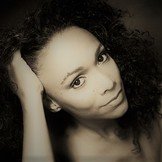 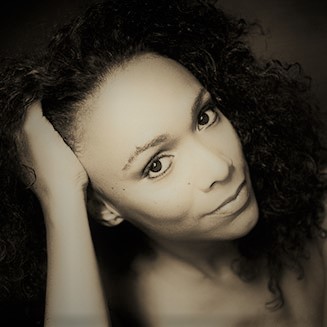 as Vendetta Fields "The Ikettes"

Meimouna Coffi is a german-beninese singer and dancer. She absolved her education as a stage dancer at the Rotterdamse Dansacademie/ Codarts. After that, engagements including Rottedamse Dansgroep, the Compagnie Georges Momboye in Paris plus the Geraldine Armstrong Jazz Ballet and productions of the Opéra Bastille ensued.

She started her singing career with Jérôme Savary's "À la Recherche de Joséphine" at the Opéra Comique in Paris. Since then she has been active in both the dance and musical genres.In German-speaking countries, she used to be guest dancer at the state theatre Kassel under the command of choreographer Johannes Wieland and as singer at the theatre Basel for musicals like "Hair". She occured in the role "Rosalia" in West Side Story at the opera of Leipzig, she went on tour through Germany and Switzerland with the musical "Motown- The Legend", she got a guest role at the regional theatre in Linz as "Dynamite" in the musical "Hairspray" and lately, she occured at the Mozarteum Salzburg for the Brernstein's Musical "Mass". 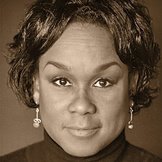 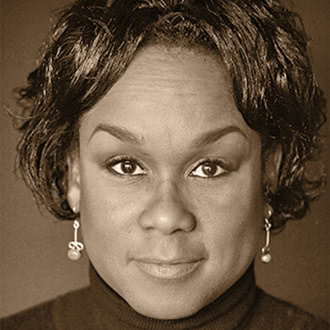 as Robby Montgomery "The Ikettes"

She was born in London and studied singing, dancing and acting in Gothenburg and London. One of her greatest and most famous engagements was "Cats" in the Haus der Operette in Hamburg and "Porgy & Bess" in the Theater des Westens in Berlin. For the last couple of years she has been part of "Stars in Concert", where she is singing in their own production "A tribute to Boney M" in addition to her job as background singer in "ELVIS - The Musical". Furthermore, Sharlie Pryce works as a writer and composed together with Jade Valor the novel "Salomé". Currently she is working on her first book of the "Shudan Rising" series.

The Canadian Miku Graham is a multi-talent: she sings, writes and arranges songs and actresses. With the musical MammaMia! she toured through North America for three years before spending three seasons in the Canadian television series Instant Star. She was also on stage with international superstars like Annie Lennox and Angelique Kidjo. She regularly sang backing vocals for record producer Bob Ezrin (Pink Floyd) and Canadian band The Arkells. 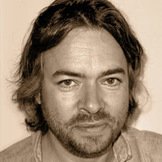 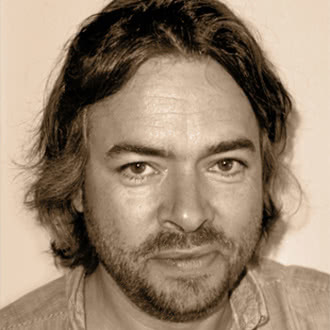 At first, Andreas Walter studied classical drums and later Jazz E-Bass and Contrabass at the Berlin Academy Of Arts from 1990 bis 1996. He played with Jerry Granelli's legendary band UFB at the international Jazz Festivals of Ottawa, Vancouver and Halifax as well as in the U.S. in San Francisco and New York and at the Leverkusen Jazz Festival in Germany. After being personally invited by Lou Ree to play in his concerts, Andreas Walter became part of the spectacular production "Lulu" by Robert Wilson in the Berlin Ensemble. Additionally, he had current engagements in various shows (e.g. Gayle Tufts "Soul Sensation Show" directed by Thomas Herrmanns) and in numerous bands (Steve Wood's "Nighttrain", Siggy Davis Band, Keith Tynes Band, Power Unit and many more). 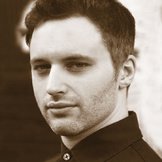 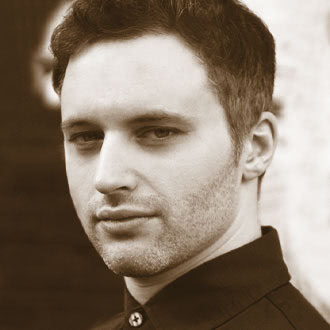 Ilia Skibinsky was born in Russia and immigrated with his family to Israel in 1993.
In 2007, he relocated to New York where he earned his Bachelor’s of Arts degree at the New School University. The culmination of Ilia’s endeavors in USA was the recording of his debut record “The Passage” (2013). The album was named as top 10 records of the year by Jazziz magazine. In January 2015, Ilia has won the first prize in the “Made in NY” jazz competition.

Ilia’s general performance career also includes work with various Theater/TV productions and such companies as Cirque Du Soleil. He has shared the stage with a plethora of prominent artists, such as the trumpet legend Randy Brecker, multiple Grammy nominee Bobby Sanabria, Larry Graham and Joane Brackeen to name a few.

Aside from being a performer, Ilia is also an active composer. His works for media were featured in various TV shows, Movies and Commercials. In August 2018 his original score won the 2nd place prize in the “Concorso 2 Agosto” international orchestral composition competition, in addition to an earlier Special Jury Mention award he received in 2016. 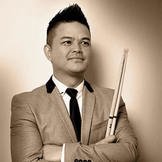 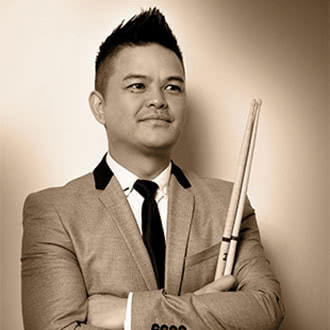 The talented musician Doan Pham played in the U.S., Canada, Europe, Africa and Asia. There is a big demand in his skills in different styles of music like rock, pop, jazz and funk. Pham performed with the Grammy winners Jacksoul" as well as with jazz singer Molly Johnson. The Canadian played also on international stage with the Aminoto Orchestra for the former American President Obama in Bali, accompanied the Chinese popstar Han Hong in front of 20.000 fans in Shanghai and was on tour with the Asian Superstar Tayu through China and Taiwan. As a member of the Jazz-Funk-Band The Triodes" Pham was on stage with famous musicians like the saxophonist Jeff Coffin (Dave Matthews Band) or the Grammy nominated genius on the clarinet Dan Byron. 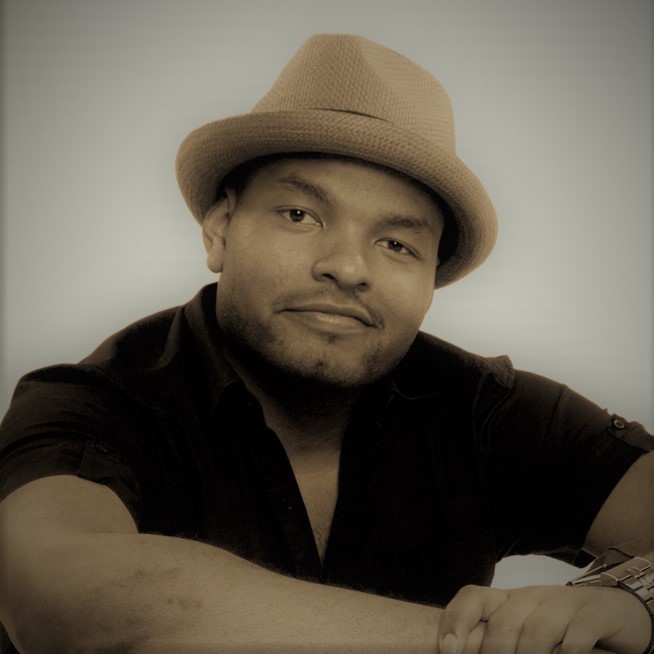 Michael Shand has been playing Keyboard for his whole life. Musically, he is firmly rooted in jazz and also studies this genre at York University in Toronto. After graduation, he worked as a pianist and musical director for the Canadian jazz quintet "Kollage". Since then he has played with numerous internationally known jazz musicians on numerous stages around the world. Country musician Johnny Reid is involved and finally fast for ten years as keyboardist and musical director. In addition, Michael Shand has released a new album called "Patience For Life". 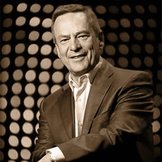 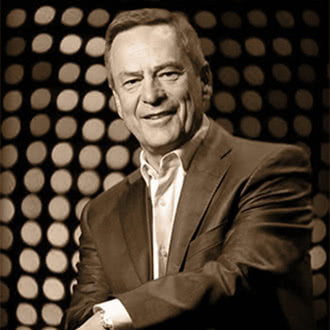 For more than 35 years, Bernhard Kurz works as a producer in musical- and showbiz. Together with his brother, Friedrich Kurz, he entrenched the genre musical in Germany in the 80s. The beginning was the probably most famous musical "Cats" followed by "Starlight Express" and "Das Phantom der Oper".

During his career he became an expert in tribute musicals and shows.
Since 1997, Bernhard Kurz produces the Las Vegas live Show "Stars in Concert" at the Estrel Hotel in Berlin. "Stars in Concert" is a lookalike hommage to the global super stars of the past 60 years. With worldwide success, Bernhard Kurz produced tribute-shows about the Beatles ("all you need is love!"), ABBA ("Thank you for the music"), Elvis Presley ("ELVIS - The Musical"), the Blues Brothers ("I'm a Soul Man"), Tina Turner ("Simply The Best") and the successful record lable Motown Records ("Memories of Motwon"). 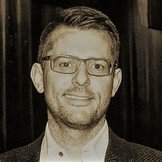 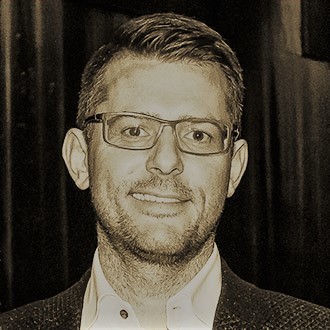 Together with his company COFO Entertainment, Oliver Forster is one of Germany’s most successful event organisers for concerts and tours. Not only does he fill famous concert halls and open-air theatres with big names such as David Garret, Xavier Naidoo, Elton John, CRO and Simply Red, he is also a renowned tour organiser. Among others, he has staged biographies by star producer Bernhard Kurz such as “All you need is love! - The Beatles Musical”, “THANK YOU FOR THE MUSIC – the ABBA-STORY”, “SIMPLY THE BEST - The TINA TURNER Story” and “ELVIS – The Musical”.

In addition, Oliver Forster is one of the leading local organisers in Southern Germany and Austria, presenting stars from the genres of rock, pop, schlager and folk music as well as dance shows, festivals, exhibitions and top-class classical music events. One of his most successful projects was his own production of “FALCO – The Musical” in 2017. Over the last two years this show has welcomed more than 250,000 spectators at more than 100 events. In 2018, his next genial performance is “BEAT IT” – The Show about the King of Pop”.