"I just love singing!" - this is the maxim of the spirited musical actress from Alabama. Having grown up there, Dorothea Fletcher was influenced by the musical styles blues, jazz and gospel at an early age. With her unique voice and dark timbre Fletcher inspires people all over the world. The artist celebrated her first great successes in Las Vegas, where she went on tour with the doo-wop group "The Platters". She also shared the stage with the soul greats Bobby Womack and Millie Jackson. Followed by live appearances in the American shows "Legends in Concert" and "American Superstar", she was accepted into the musical ensemble of "Stars in Concert" in Europe. Her personal highlights include a duet sung together with Jermaine Jackson (Jackson Five). Udo Jürgens also saw Dorothea as an exceptional artist and engaged her, in addition to her "Stars in Concert" appearances, as a singer for his concerts and tours. Unique duo performances of "I Can I Will" and "Ich war noch niemals in New York" underline the musical bond between the two artists. The Tina Turner imitator provided goose bumps on the RTL TV show "Let's Dance" and thus made her breakthrough in Germany. 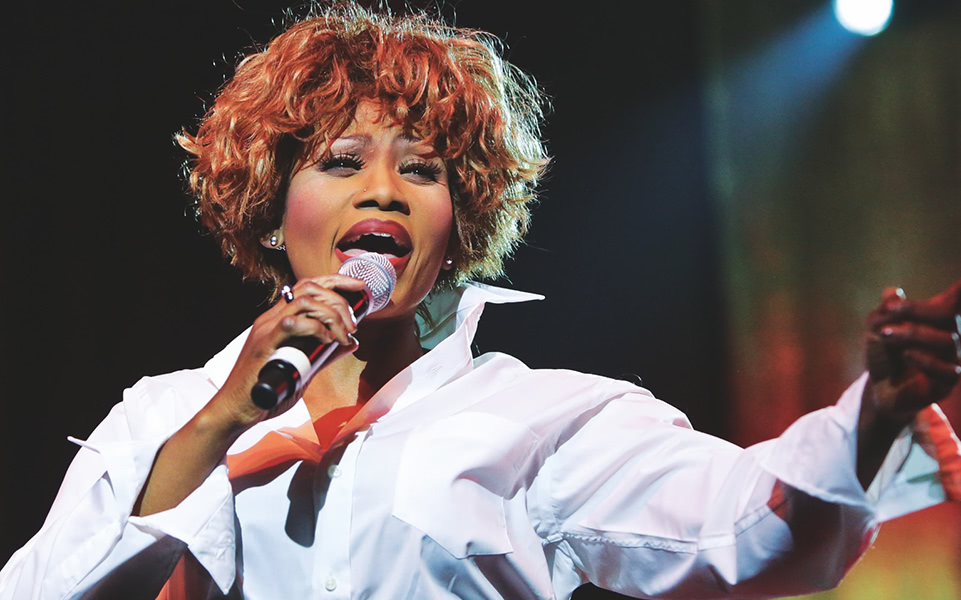 WHY COCO? - HER MUSICAL ROLE MODELS

The successful singer already got the name Coco in her school days. At that time her musical role model came from the youth drama "Fame – The avenue to fame" (1980). Singer and actress Irene Cara carried the name Coco Hernandez in the original film and so this became her nickname until today. Stars like Al Green, BB King, Chaka Kahn or Aretha Franklin are also among Coco's favourite artists who influenced her early on. But there is one singer Fletcher is particularly fond of: rock icon Tina Turner. "Tina Turner's performances differ considerably from those of other artists. I have always been fascinated by her incredible energy and stage presence," enthuses the internationally successful musical actress Coco Fletcher. As the world's best double of the "Queen of Rock" she manages to imitate her personal idol with all her power and charisma like no other.

Thanks to her many years of musical experience, the Tina Turner double brings the rock diva back on stage with her energetic performance. Coco Fletcher will continue to prove herself as the leading actress of "Simply The Best" on the highly competitive music market and will present all musical and Tina Turner fans with a breathtaking and musically stirring show.